Here in Logan County, Kansas we tell the story of the “Legendary Hunt” that took place in the spring of 1868 between Bill Cody and Bill Comstock where William F. Cody thereafter became forever known as “Buffalo Bill”.  Our lobby features Buffalo Bill with our favorite bison – Fred. This is a favorite photo op for our visitors.  Mounted over the window above Fred is a Trapdoor Springfield 1866 Secon Allin Conversion, 50-70 caliber rifle.  It is identical to the one used by Buffalo Bill in the legendary hunt.  “Monument Station” is the newest addition to this display.   It contains a collection of rifle casings found in the area known as Monument Station in Logan County.  Posing with the display is the artifact collector, and author, Andrew Peterson.  Peterson grew up on a farm near the station and, with permission from the landowner and his trusty metal detector, Andrew began collecting artifacts throughout the pasture.  There are 36 different casings in the display, each one carefully cataloged by location, casing type and year(s) used.  The one shown below is on the bottom left of the display and would likely be the one Buffalo Bill would have shot from his rifle.  The display also notes the number of each casing Andrew found.  There were over 140 of the .50-70 casings found – far more than any of the others. 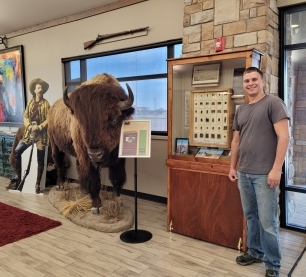 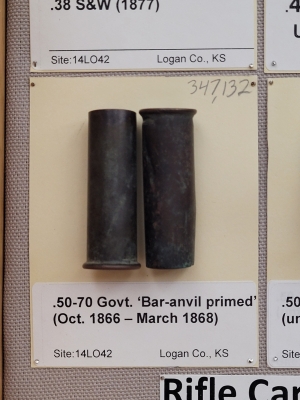 “The items found offered a snap-shot of the past and showed the importance of the Kansas Pacific Railroad to the frontier. 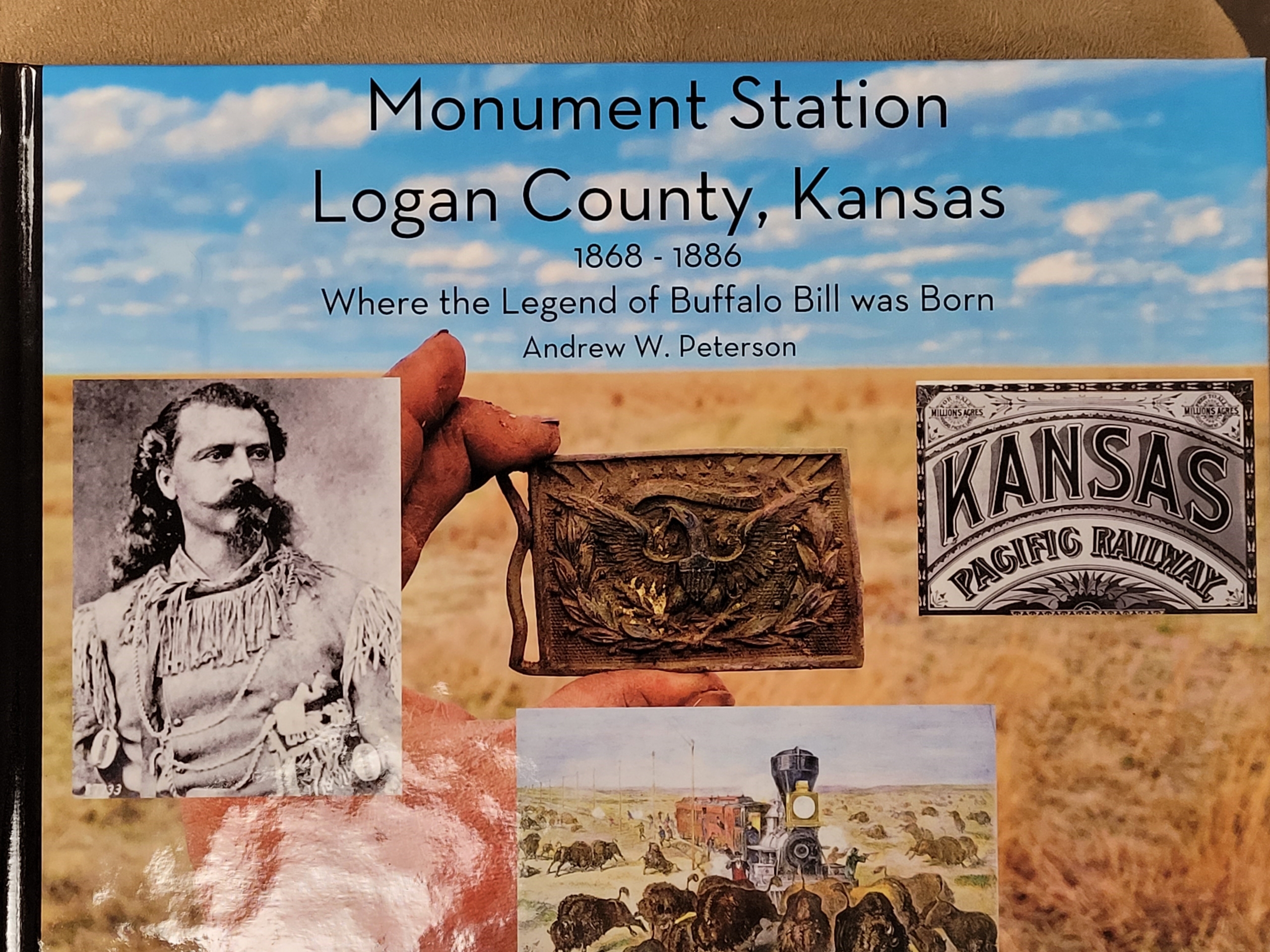 One can’t help but wonder who held these items, where they have been, and what stories they could tell.  The goal of this book was to document the artifacts found at Monument Station and to share the adventure of discovery while walking in the footsteps of the past.”
Andrew Peterson